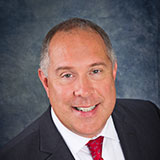 Mr. O’Connell started his career as a Physical Therapist and has focused primarily on geriatrics but is also interested in sports medicine and coaching. After making the transition to nursing home administration, he operated nursing homes in Connecticut, Indiana, and Ohio.

He is actively involved in numerous community groups, nonprofit organizations, and events. He currently serves on the board of directors for the Torrington Savings bank, President of the Exchange Club of Canaan, Board of Directors for Northwest CT Chamber of Commerce, where he chairs the Chamber health Council.

In 2018 Kevin joined the Connecticut Association of Health Care Facilities board of directors and represented the association in the Future Leaders program sponsored by the American Healthcare Association. Mr. O’Connell was recently appointed to serve on the Economic Development Committee for Winchester.